In my previous post on lip and eye makeup removers, I mentioned how they weren’t so great for removing face makeup, but in this post I want to talk about what is great for that. The Banila Co. Clean It Zero cleansing balm. 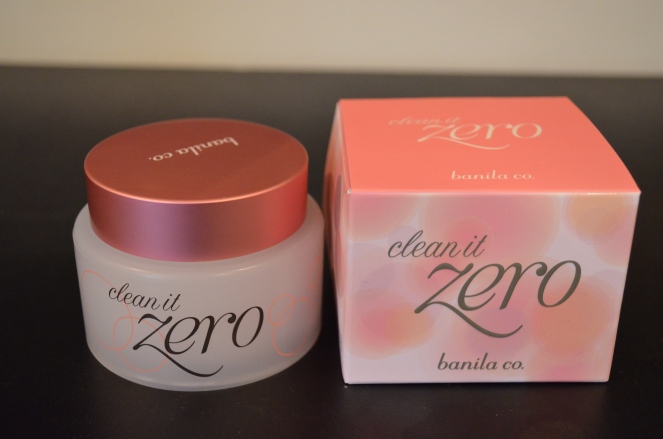 I’ve always been a fan of makeup wipes – I’ve used the Simple Kind to Skin Facial Cleansing Wipes for years. It’s my favourite for being gentle and non abrasive to skin, doesn’t dry out as quick as other brands and works well to remove most of my makeup. Being so reliant and comfortable with this, I was never interested in looking up other types of makeup removers.

It was about the time that I quit flying and wanted to change up my skincare routine that got me looking into alternatives. For work I was using the Estee Lauder Double Wear (my HG foundation for its amazing staying power, coverage and how awesomely flawless it makes my skin look), but it could be quite a pain to completely remove using wipes as there’d always be some leftover foundation residue after cleansing and toning. I finally realised that if I wanted to achieve the best skin possible, then effectively removing ALL traces of makeup was the first step to achieving that. Not taking it off properly causes the skin and pores to get clogged and more prone to break outs.

So when I was in South Korea a few months ago, I finally had a revelation. I discovered oil and balm cleansers! I probably sound like I’ve crawled out from under a rock, but to be fair, in London I would usually just grab my cleansing wipes and go while never looking at the rest of the cleansing section. I knew of cream cleansers already but I wasn’t too keen on it after trying it years ago.

A balm cleanser however, really intrigued me so I ended up doing some research and landed on the highly raved about Banila Co. Clean It Zero. 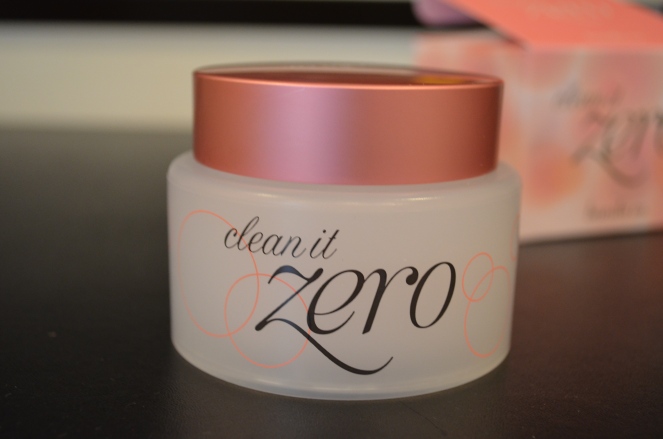 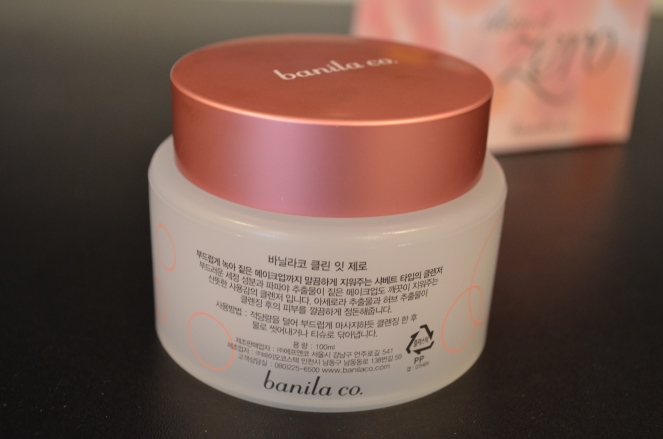 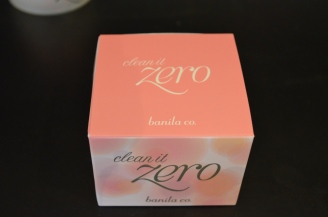 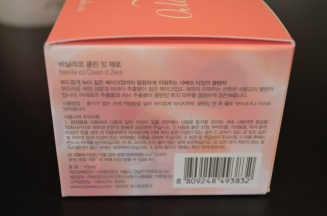 What makes this product a standout compared to many others is that it is a solid form of a traditional oil cleanser, with a sherbet-like texture. It isn’t as runny and messy to apply as an oil cleanser, yet it melts and breaks down into oil as you massage it into your skin.

I purchased it from the Banila Co shop in Myeongdong for about 18,000 won/£10.20/$15.50. I think it’s about 4,000 won more usually because it was on offer at the time. It is quite pricey for a makeup remover but it should hopefully last you quite a while.

Banila Co. claims it is hypo-allergenic, non-slippery, provides thorough but simple cleansing and is moisturising. It was judged to be the No.1 best cleansing balm in a blind test on the popular Korean show ‘Get It Beauty’. 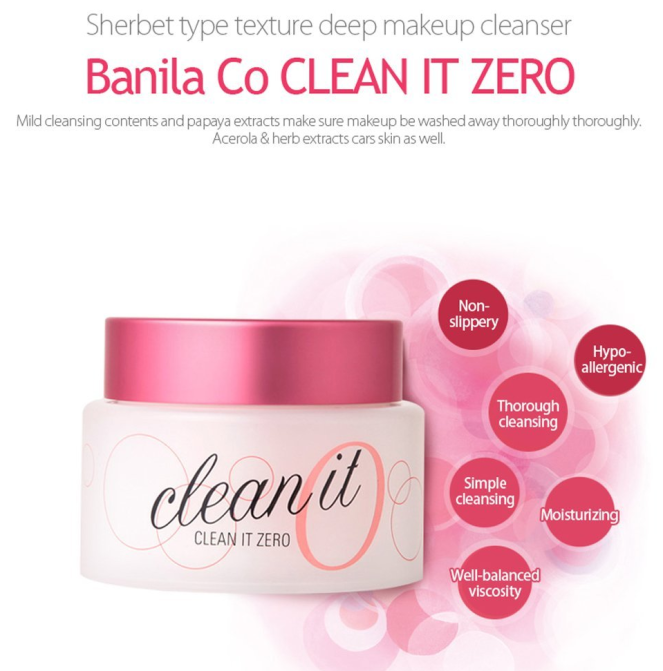 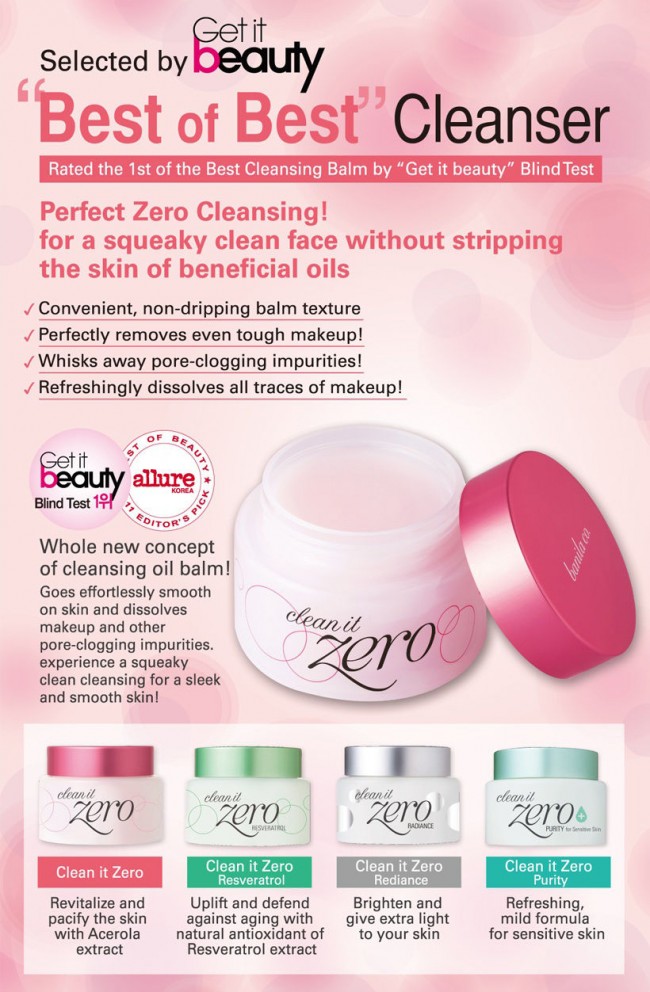 There are 4 variations of Clean It Zero as shown in the photo above, and identified by the different colour lids. They’re so colourful looking I just want to own them all. I started off with the original pink but I’m keen to test the Resveratrol (with grape seed and olive oil to reduce and tighten pores) and Purity (contains no fragrance, alcohol or mineral oil for sensitive skin). I have enough brightening skincare products already so I don’t need to try the Radiance version.

The original is moisturising for the skin and includes ingredients such as mineral oil, papaya fruit extract to remove dead skin cells and brighten complexion, and acerola aka cherry extract which contains antioxidants like Vitamin A & C.

This cleansing balm comes in a 100ml sturdy tub which looks like frosted glass but is actually plastic. I love how clean and sleek the design of it is yet doesn’t look cheap. It has a pretty metallic pink twist off lid, under which is a plastic divider which holds the spatula provided and protects the balm underneath.

The smell isn’t that strong but there is faint floral sweet scent I’m not overly keen on. I can definitely smell it once it’s on my face and it does linger once it has been washed off so some people might be put off by that. It isn’t overbearing though so I can live with it. 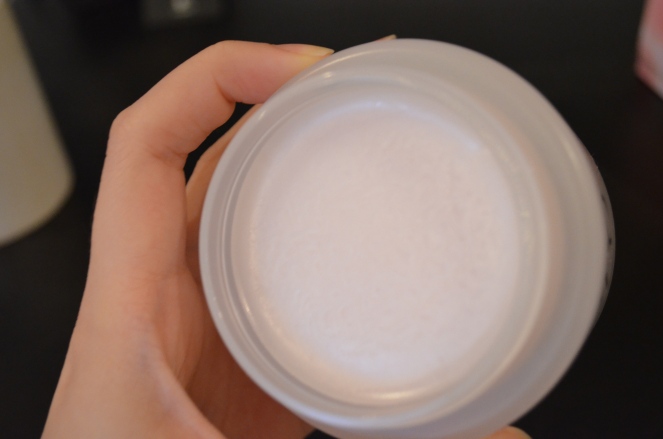 The balm is a firm pale pink solid so it can be tipped, thrown or shaken and it won’t budge. Yet it is a very soft texture and scoops up easily with the spatula. You only need one small scoop for the entire face and I made the mistake of taking far too much the first couple times but really a little goes a long way.

I then dab it on each area of my face and the warmth of the skin melts it very quickly and it turns to oil as soon as you begin rubbing it around. I gentle massage in circular motions around my face and you can see it working to remove the makeup because the oil starts to take on the colour of your foundation and dirt that has clogged your skin during the day.

The instructions say you can remove the balm with tissue or water and I usually prefer the later because its less hassle, more hygienic and means I can move straight onto my foam cleanser afterwards. I’m all about the double cleansing these days. As you apply water, the balm emulsifies into a milky lather and then rinses away easily, leaving behind no residue.

My initial worry about trying a balm/oil cleanser was whether it would be too greasy for my skin, leave an oily residue and make my skin even more oily than it already is.But also, when washing off an oil based remover, would it be very stripping of my skin’s natural moisture. Thankfully, I can vouch that this balm does neither of the two. My face feels moisturised and soft after use; neither stripped dry or greasy.

This Banila Co. is amazing for getting rid of every bit of my stubborn makeup and making my skin feel fresh, clean and unclogged. It actually takes off the entirety of my Double Wear foundation. I was super impressed. It works so well I can’t believe I didn’t discover it sooner to use when I was flying. It comes in such a handy formulation for travelling. Easy to pack, won’t leak and make a mess and one less item to go in the liquids bag during security.

The slight downside is that I don’t tend to use it to remove my eye makeup because if it gets in the eyes it makes your vision cloudy for a few minutes. It doesn’t sting at all (thank goodness since I would love it a lot less), and it’s not harmful to the eyes but it does make for an annoying and uncomfortable experience to be blurry eyed for a while. Of course, you could just make sure not to get it in the eyes, but since I’m clumsy I just prefer to avoid that area and use a dedicated eye makeup remover instead.

However, the times I have tried it to remove my eyeliner, it has successfully wiped it all away. I use my HG Bobbi Brown long-wear gel eyeliner which is waterproof, sweat and humidity resistant so I have to say the Clean It Zero is a great little workhorse.

Since discovering this, it’s really changed the way I approach removing makeup. I used to find it such a chore at the end of the day but now I look forward to it because it feels great to apply and gives me great results. I also like that it’s more gentle for my skin which can be delicate at times, and doesn’t exacerbate my thread veins like cleansing wipes can sometimes do.

After I tried this out the first night back in Seoul, I went back the next day and bought another 3 more. That’s how great this product is. I highly recommend it for any skin type. 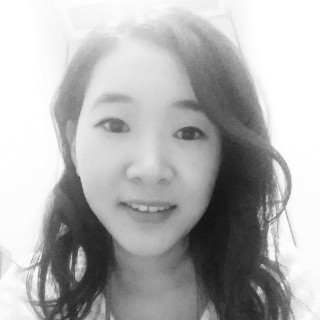